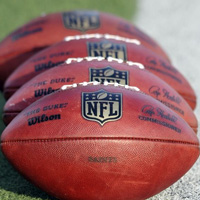 It’s that time of year again! Tonight kicks off the NFL season as the Seahawks and Packers, 2 top NFC contenders, face off in a must-watch game. In the spirit of this, I’ve outlined each division below and which teams I think will come out on top.
NFC East
Philadelphia Eagles
New York Giants
Dallas Cowboys
Washington Redskins

My Pick: I think the Eagles will win what should be a very close division race. I love Chip Kelly’s fast-paced offense and I think it is built perfectly for their backfield of McCoy and Sproles. If RG III is healthy and playing up to his full potential, I would not be surprised if the Redskins emerge as a dark horse. As for the Giants and Cowboys, I don’t trust Eli Manning or the Giants running game with a weak offensive line, and I think the Cowboys defense will hold them back all season.

My Pick: Really hard to pick against the Packers here. Expect Aaron Rodgers is one of the leagues most elite quarterbacks and should have a phenomenal year. The Bears have great weapons in Marshall, Forte, and Jeffery but I just don’t think it will be enough to overtake Green Bay. Minnesota will improve under the leadership of Zimmer and Norv Turner but probably not enough to move past either the Packers or Bears. As always, the Lions have a great team on paper but will shoot themselves in the foot with penalties all season.

My Pick: With Percy Harvin finally looking healthy and Russell Wilson poised to improve upon his early career success the Seahawks are downright scary before you even consider that they were easily the best defense in the league last year. They should have no problem repeating as division winners. I like the 49ers defense but I worry about the production of Vernon Davis and Frank Gore as they start to get older. As for the Cardinals and Rams, I think there is too much uncertainty at quarterback for either of them to be considered a real threat.

My Pick: I love the Saints this year. I think they are one of the few teams that could challenge the Seahawks in the playoffs. Look for Drew Brees to have another monster year. Matt Ryan and Falcons should have a bounce back year and I would not be surprised to see them as a Wild Card team in the playoffs. The Panthers finished strong last year and are one of the top ranked defenses in the league, but I just am not sure if Cam Newton can lead his team to a better record than the seasoned Saints. As for Tampa Bay, I think Vincent Jackson and Mike Evans should put up big numbers, but that’s only because I expect the Bucs to be behind in many games this year.