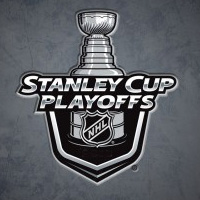 WEST
St. Louis Blues vs Minnesota Wild
Minnesota, stumbling into the playoffs losing 4 out of their last 6, could still pose trouble for one of the Western Conference favorites. Zach Parise with his tremendous experience will need to carry his crew vs one of the most consistent teams on both offense and defense. Look for the Wild to spark some fireworks in the West.
Upset Alert: Minnesota in 7

Nashville Predators vs Chicago Blackhawks
Talk about falling on your face to enter the playoffs. The Predators, entering their first postseason since 2012, have lost their last six games. It doesn’t get any better for them as they face an extremely experienced Chicago Blackhawks team who will have Patrick Kane back for game 1. Pekka Rinne will have to be running on all cylinders and motivate his team to have a shot. Ignore the seedings for this game, Chicago winning would not be an upset.
Chicago in 6

Anaheim Ducks vs Winnipeg Jets
While the Ducks were big favorites before the season started, they are now facing a tough matchup vs a defensive minded Winnipeg squad behind Ondrej Pavelec who has been on fire lately. Anaheim needs to step up on D (ended season 11th worst with a 2.7 GAA) to get out of the first round. With the slightly better offense and great experience on their side, I give the nod to Anaheim. Should be an exciting series.
Anaheim in 6

Vancouver Canucks vs Calgary Flames
A complete toss up. Both teams have roughly the same stats going into the playoffs. Experience also will not be a factor as both teams missed the playoffs last year. Vancouver in 7 strictly for the possible 1994 Stanley Cup rematch between the Canucks and Rangers. Hopefully no riots this time.
Vancouver in 7

EAST
Montreal Canadiens vs Ottawa Senators
Ottawa has been on fire lately having not lost in their last 7 games. Unfortunately it wont be enough with elite goalie Carey Price in net for a team with an NHL best 2.24 GAA. Montreal will have vengeance on their minds falling just short of the Stanley Cup Finals last season losing to the Rangers in the Eastern Conference Finals. Look for an energized Montreal club.
Sweep Alert: Montreal in 4

Tampa Bay Lightning vs Detroit Red Wings
Tampa Bay is finishing a regular season with an NHL best 3.16 goals per game average. Steven Stamkos coming off a 43 goal season, and the rest of his electrically charged offensive squad may prove to be too much for a Detroit to handle. The best home team in the NHL will take this series.
Tampa Bay in 5

New York Rangers vs Pittsburgh Penguins
Pittsburgh has been on a downhill path lately just holding on to make the playoffs. Crosby will need to do more than just score a few goals to have a shot. The Rangers coming off a Presidents’ Trophy season will not lose this series. Their elite D and highly skilled offense will command the flow of each game. Having a top notch backup goalie in Talbot will give Lundqvist the days rest needed (if necessary) for a long playoff run.
New York in 5

Washington Capitals vs New York Islanders
Which Islanders team will show up for this series? Lately Isles have been playing no better than .500 hockey with their floundering D. A ton rides on the play of Halak. Not the best timing as they face offensive guru Alex Ovechkin coming off possibly his best season ever. Not losing hope on the Islanders, but it’s not looking good. Gotta hope for the 1st half regular season Islanders show up if they want an thrilling NY vs NY 2nd round matchup. Not holding my breath.
Washington in 6