Browse: Home » Can the NFL expand into Europe?

Can the NFL expand into Europe? 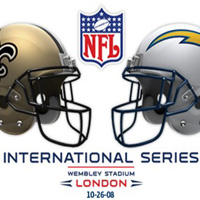 As more and more NFL games are being scheduled to play in London, many are wondering if the NFL is planning to eventually move a franchise across the Atlantic and into Europe. This year, 3 games were played in London’s Wembley stadium with 3 more scheduled for next year. In the 11 games that have been played in London since 2007, the lowest attendance was 76,981. While these numbers express a great amount of enthusiasm for those who want to grow the league’s brand internationally, there are logistical issues that need to be addressed first.

The most glaring and obvious issue facing the NFL’s expansion into Europe is the distance. Currently, a flight from New York to London is 6-7 hours. This would be one of the shortest flights for any team that would have to travel to London for a game. It is even worse for the teams in the middle and western parts of the US. It will be very difficult to get players to embrace this kind of travel.
The other issue the league faces is the players’ acceptance of calling a European country home. It would be extremely difficult for any team so far from the US to recruit top NFL free agents to come play half of their games overseas when they can make a similar amount of money playing closer to home.

Overall, while the attendance at London games is encouraging, I feel the distance is just too much to have a franchise there full time. However, I would not rule out the possibility of a team being there in the near future because it seems Commissioner Roger Goodell will do anything to expand the exposure of the league. In my opinion, the league would be better off waiting until our air technology is advanced enough to where these flights would be much shorter. It is then that players will be more open to traveling there and even willing to play there for a team full-time.