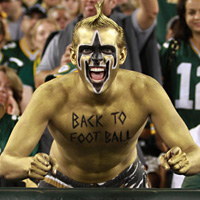 My Pick: Difficult to pick against Tom Brady and the Patriots in a division where he is the only proven quarterback. I am expecting to see improvement from Geno Smith and the Jet offense, just not enough to overtake New England. I am not really impressed with the Dolphins and I don’t see E.J. Manuel as the long-term solution at quarterback for the Bills.

My Pick: By far the hardest division for me to pick a winner from. I am going to go out on a limb and say that the Bengals will win it only because I like their defense the best and the pairing of Andy Dalton and A.J. Green should continue to attain massive yardage. I think the Steelers and Ravens will fight for 2nd and 3rd with the hapless Browns finishing in dead last.

My Pick: I’m only 25, but I’ve been around long enough to know you don’t bet against Peyton Manning in the regular season. I think the Broncos take the division easily with San Diego and Kansas City fighting it out for a wildcard spot. The Raiders may very well be the worst team in the NFL this year so I will just leave it at that.

My Pick: Expect Andrew Luck to improve on his already impressive young career and for the Colts to take the division. If Arian Foster comes back healthy I think the Texans can have a comeback year and push for a wildcard spot in the playoffs. I see the Titans as nothing more than a middle of the road team and as has been the case the past few years, the Jaguars will finish last. Let’s just hope Blake Bortles gets some playing time so their fans have a reason to watch.