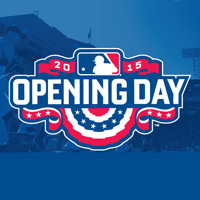 15. Toronto Blue Jays- Jose Reyes and Jose Bautista headline a lineup that should be able to score runs, I just don’t see many reasons to think why they will be much improved over last year’s team.

14. Oakland Athletics- Last year they went for it all by trading Cespedes for a Jon Lester rental that came up short, but just as they seem to always do, look for the A’s to be relatively competitive with a bunch of guys you’ve never heard of.

13. San Francisco Giants- Surprising that the 2014 champions would be this low, but it is an odd season which means the Giants are not likely to win the World Series (See 2010, 2012, and 2014). They may have a tough time in a division with the Dodgers and much improved Padres.

12. San Diego Padres- Perhaps the most active team this offseason, the Padres added  Matt Kemp, Justin Upton, Wil Myers, James Shields, and Derek Norris. How all of these new faces play together is yet to be seen, but there is definitely potential for a strong season here.

11. New York Mets- This spring, Matt Harvey is looking like the pitcher he was before his Tommy John surgery and Jacob DeGrom looks to follow up on his Rookie of the Year award winning campaign. That and a healthy David Wright should help the Mets at least contend for most of the season.

10. Tampa Bay Rays- I am skeptical to list the Rays this high after they lost stud pitcher, David Price and manager, Joe Maddon, but they still have a lot of young talent and should compete in a relatively weak AL East.

9. Chicago Cubs- They added ace pitcher Jon Lester and have some of the best young talent in baseball. Look for this team to score plenty of runs once top prospect Kris Bryant is called up from AAA.

8. Detroit Tigers- they may have lost pitching ace Max Scherzer, but they still have slugger Miguel Cabrera. The Tigers and Indians should be in a dogfight all season for the AL Central crown.

7. Cleveland Indians- The Tribe are Sports Illustrated’s pick to win the World Series (which means I should probably list them last in my rankings). I think that like last year’s Orioles, they have a lot of guys who are not household names but will find a way to win games.

6. St. Louis Cardinals- After the tragic death of top prospect, Oscar Taveras last October, the Cardinals traded for Braves outfielder Jason Heyward. With Adam Wainwright leading a strong rotation, the Cardinals are a strong favorite to once again win the NL Central.

5. Seattle Mariners- Continuing their streak of spending money on big free agents, the Mariners added power hitting Nelson Cruz this offseason. Look for this deep lineup to be the biggest competition for the Angels in the AL West.

4. Boston Red Sox- Yes, they lost stud pitcher Jon Lester and most baseball fans may not be able to even name their starting pitchers now, but they also added big bats in Hanley Ramirez and Pablo Sandoval. The AL East is maybe the weakest it has ever been and don’t be shocked if they trade for a pitcher at the deadline (Looking at you Cole Hamels).

3. Los Angeles Dodgers- Despite having a poor postseason performance, Clayton Kershaw is still baseball’s best pitcher heading into this season. Expect another strong season for LA

2. Los Angeles Angels of Anaheim- The Angels are coming off baseball’s best 98 wins last year and still have Mike Trout, baseball’s best player. No reason to pick against them as the best team in the American League.

1. Washington Nationals- They won 96 games last year and added Max Scherzer, the best pitcher on the free agent market this offseason. On paper, the Nats are the best team in baseball.