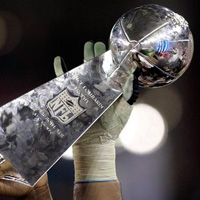 With Deflategate now hopefully behind us, we can focus on what really matters, and that’s the game on Sunday. If you follow Vegas, this looks like it is going to be one of the closest played Superbowls in history. While the line has fluctuated a little, at the moment the Patriots are favored by a mere point meaning it is anyone’s game. Below are my 3 key factors to the game and who I think comes out on top.

1. Will the health of Seattle’s secondary be a factor?
The Seahawks once again have one of the best defenses the league has ever seen, but will their key players be healthy enough to have an impact vs. the Patriots? Richard Sherman, Seattle’s very vocal and very talented cornerback is recovering from an elbow injury suffered in their last game vs. Green Bay and star safety Earl Thomas is battling a shoulder injury. Look for New England to test these 2 early and attack them often if they show any sign of weakness.

2. Will having to continuously having to answer questions about Deflategate affect New England’s focus?
If you haven’t heard by now, the NFL is investigating whether or not the Patriots purposely deflated their balls last week against Indianapolis in order to gain an advantage throwing and carrying the ball. Now, anyone who knows anything about Tom Brady and Bill Belichick knows that this will not hinder their preparation or focus for this game, but if the Patriots start out slow on Sunday, look for people to point to this controversy as a possible reason why.

3. Which Russell Wilson will show up this week?
Russell Wilson is looking to win back-to-back Superbowls and solidify one of the greatest starts to any quarterback career in league history. That being said, before a 4th quarter miracle and heroic overtime performance, Wilson had 4 interceptions and was having one of the worst NFC Championship game performances of all time. It will be interesting to see how he responds this week especially if more weight is put on his shoulders because of Seattle’s hurt secondary.

My Prediction:
I’ve been wrong the past 2 times he’s been here, but I refuse to bet against Tom Brady in a big game. I think New England’s defense, while not as good as Seattle’s, is sometimes overlooked and I think Brady and Belichick will find a way to take advantage of a wounded Seattle defense. Final score: 24-20.