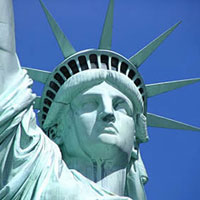 5. Travis d’Arnaud (Mets)
Considered by many to be the best catching prospect in baseball, d’Arnaud has been traded for not just 1, but 2 Cy Young Award winners (Roy Halladay and R.A. Dickey) before he ever played a Major League game. Injuries have plagued him the past couple of seasons, which many believe is the cause of his less than stellar debut at the end of last season.

4. Curtis Granderson (Mets)
After playing for the Yankees for the past 4 seasons, The “Grandy Man” signed 4 year 60 million dollar contract this offseason with the Mets. In his first 3 years with the Bronx Bombers, Granderson hit a whopping 108 home runs which I am sure Mets fans would sign up for in a heartbeat.

3. Noah Syndergaard (Mets)
Considered to be the “throw-in” in the R.A. Dickey trade that brought the Mets Travis d’Arnaud, Baseball Prospectus has Noah Syndergaard ranked as the number 28 prospect in all of baseball. Already nicknamed “Thor” Syndergaard is best known for his big stature and mid-high 90s fastball. Last year he averaged 11.5 strikeouts per 9 innings for AA Binghamton in 11 starts.

2. Derek Jeter (Yankees)
Before Spring Training even started, the Yankee Captain announced that this would be his final season. The five-time World Series champion will ultimately go down as one of if not the greatest shortstop in baseball history. The only question is can he avoid his recent injury problems and stay on the field long enough to give Yankees fans and baseball a proper farewell tour.

1. Masahiro Tanaka (Yankees)
Last year in the Japanese League this pitching phenom went an astounding 24-0 with a 1.27 ERA. Last offseason the Yankees, after paying for a $20 million posting fee, signed him to a 7 year $155 million contract. Whether or not his numbers from Japan will translate to the Major Leagues is debatable, but if they do then every one of his starts will be a must-see.