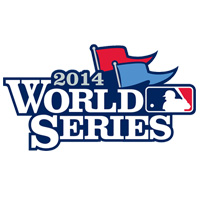 ALCS and NLCS Recap: I had the Royals winning, but I was shocked to see that they were able to sweep the Orioles in 4 games. While I was wrong with my Cardinals in 7 games prediction, I am going to attribute that to Molina missing most of the series with an oblique injury. All in all these were much better than my ALDS and NLDS predictions.

World Series: Kansas City Royals vs. San Francisco Giants
The Giants have won 2 of the last 4 World Series and the Royals have not been in the playoffs since 1985. On paper it would seem that the Giants should take this series pretty easily, but I cannot find the will to pick against Kansas City. The entire country (and probably even the world) outside of San Francisco is pulling for the Royals so I will too. Expect a fun series with a lot of great pitching and defense on both ends.
Final Prediction: Royals in 6